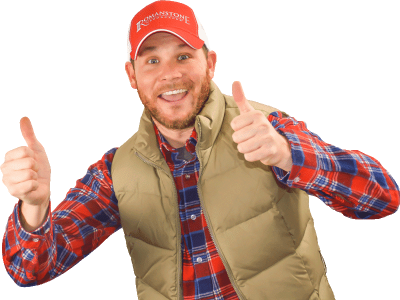 Turn your place into a Party Pad

Your turnkey patio kit comes with pavers, a seatwall, and firepit for a complete backyard transformation

How to Build a Fireplace in a Corner

How to raise your Fireplace Kit

5 Steps to Designing YOUR Dream Patio

"Anyone who can be a do-it-yourselfer and has the vision to do it, the rewards AFTER it's completed are just as great as while you're doing it"

I recently sat down and spoke with a great customer of mine, Gary Jackson. He is a 72-year-old retired salesperson with no former hardscape training. When he wanted a courtyard for his house four years ago, he decided he was going to do it all himself. He wanted to create an outdoor living space he could relax and enjoy the outdoors. From the moment he built his house, Gary could visualize his dream courtyard. There was just one issue he had to address first…water runoff.

Gary knew that his vision would need to cater to the rain, or it would just cause him bigger problems down the road. So, he adjusted his original idea and ensured water runoff was taken care of before starting. As Gary states, “When you come up with one idea, there are always refinements you can make if you don’t rush right into it, and you think things through.”

Once Gary was ready to start, he began by using my circle paver kit to build the center of his courtyard. Everyone was telling him what a great spot for a fountain, but Gary responded by saying, “Nope, not me! That’s what everyone does.” His advice is: "Do something different with your outdoor living space. Add things to your garden that are a little “quirky” and stand out from the norm." Even in the dead of winter, Gary loves changing things around to add new perspectives to his outdoor space.

It took Gary a little under four years to complete his outdoor living area and left me with a few golden nuggets of wisdom to pass on. “Take your time; it’s a marathon, not a sprint.” He continues, "Set out small pieces of the area you would like to complete. Knock it out, and then take a break! It’s alright if it doesn’t look like you want. Tear it out and try again. Remember the rewards AFTER it’s completed are just as great as while you’re doing it." 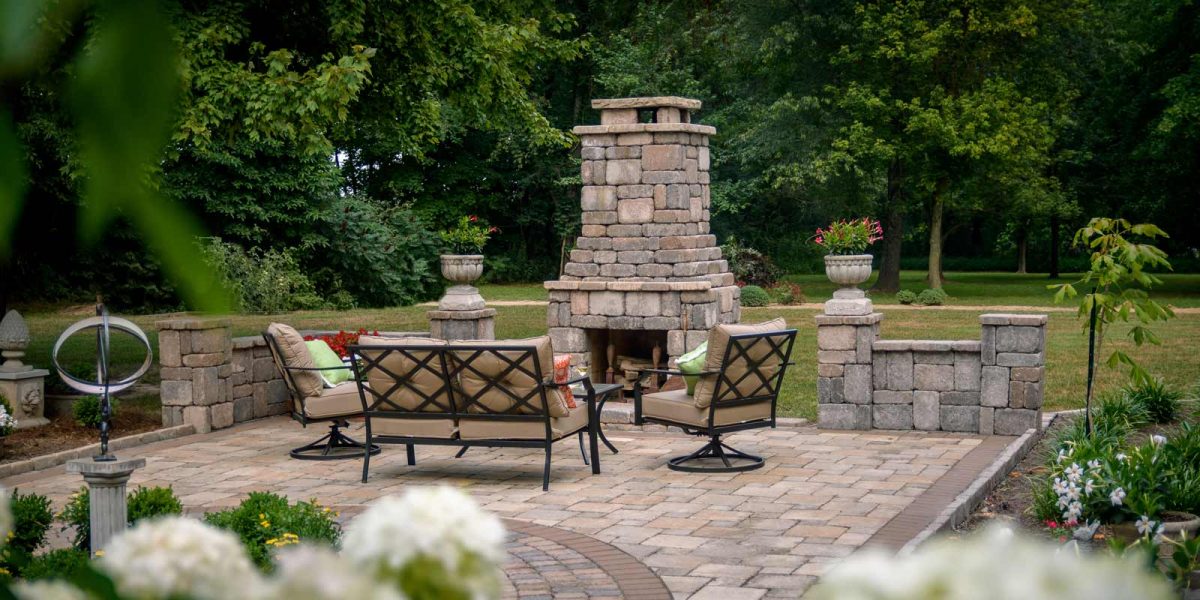 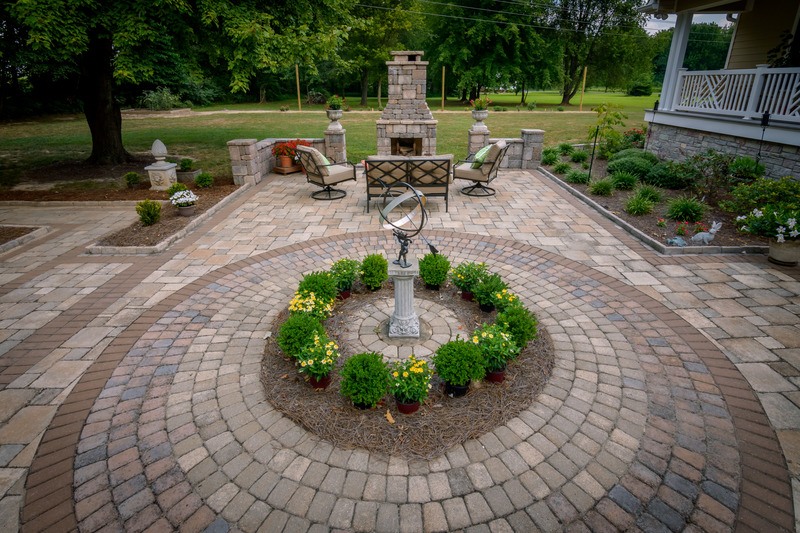 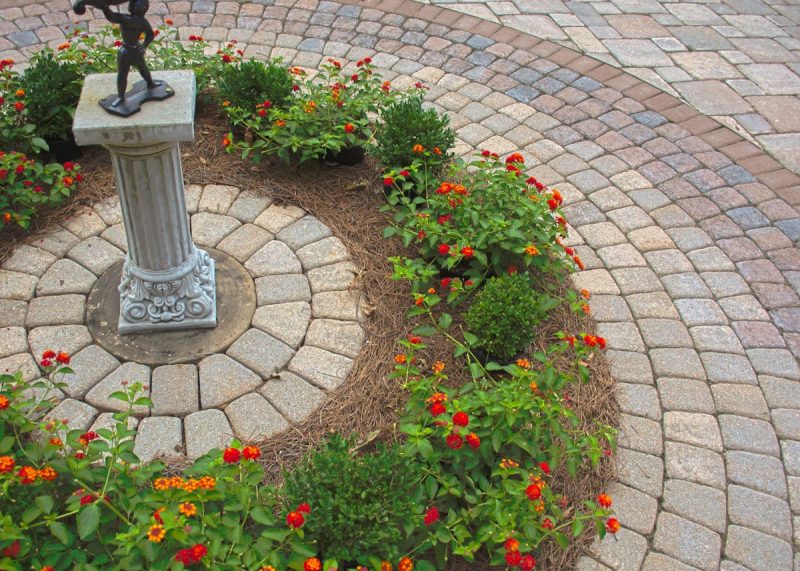 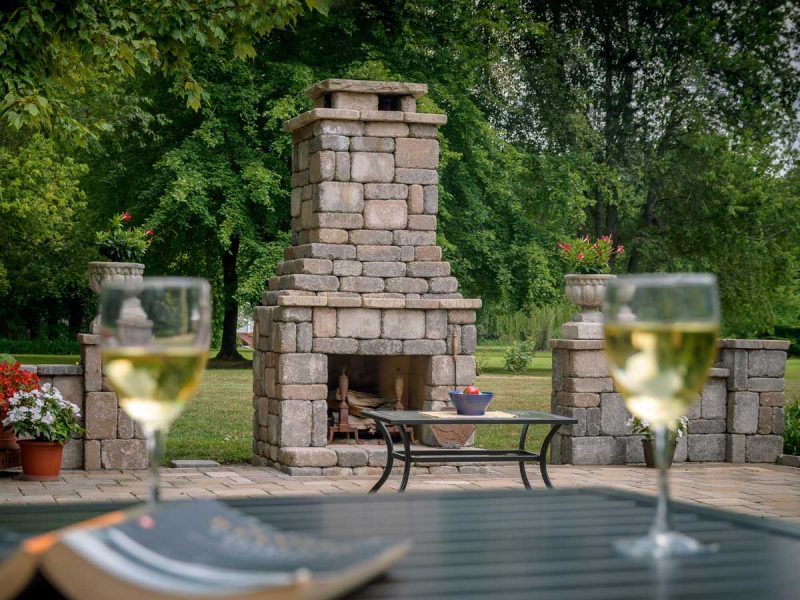 I hope Gary’s story inspires your next outdoor living project. His entire courtyard was created using Roman Stone DIY kits. The center was made using my special circle paver kit found here and the Fremont outdoor fireplace here. For more design ideas and inspiration don’t forget to follow my Pinterest 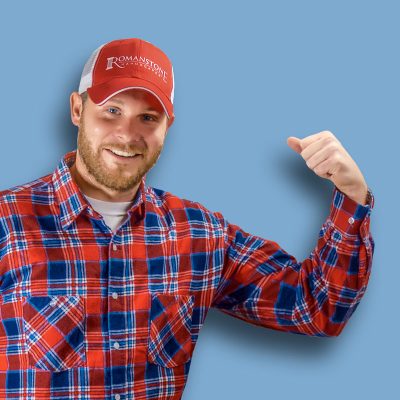 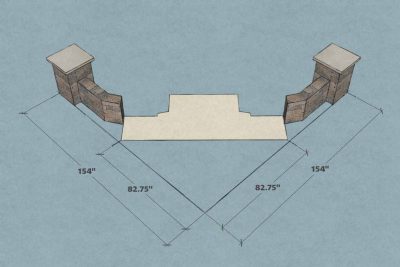 How to Build a Fireplace in a Corner 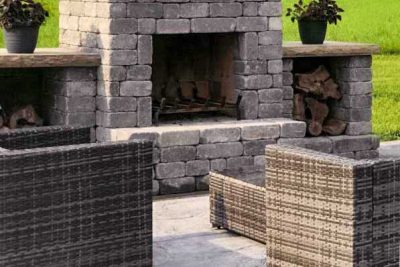 How to raise your Fireplace Kit 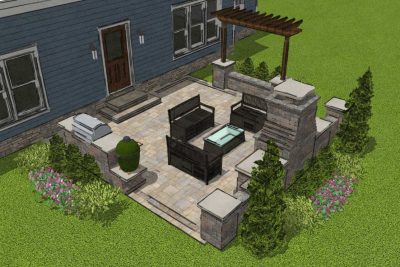